In April, we posted about the U.S. Department of Labor’s (DOL) Employee Benefits Security Administration (EBSA) issuing cybersecurity guidance for employee retirement plans. That is, April 14, 2021. Shortly thereafter, the DOL updated its audit inquiries to include probing questions for plan fiduciaries about their compliance with “hot off the press” agency guidelines. Today, the U.S. Department of Labor’s Employee Benefits Security Administration (EBSA) issued much anticipated cybersecurity guidance for employee retirement plans. This comes more than four and a half years after the ERISA Advisory Council, a 15-member body appointed by the Secretary of Labor to provide guidance on employee benefit plans, shared with the federal…

For the past several years, thousands of businesses have been hit with phishing scams during tax season. Through these social engineering scams, hackers obtain employee Forms W-2 for filing fraudulent tax returns seeking large refunds. These phishing emails are typically sent as clients begin the process of issuing W-2s to employees.  Often employers do not… One of the last things pension plan participants would want to learn as they get ready to celebrate the Christmas holiday is that personal data from their pension accounts may have been compromised. This is the case, unfortunately, for approximately 30,000 Now:Pensions customers whose names, postal and email addresses, birth dates and the equivalent of… A little more than one year ago, we reported on a settlement (Cassell et al. v. Vanderbilt University, et al.) involving the alleged wrongful use of personal information belonging to retirement plan participants, claimed to be “plan assets.” This year, similar claims have been made against Shell Oil Company in connection with its 401(k) plan.… 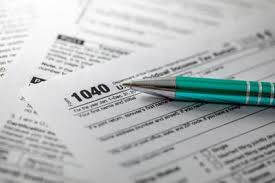 Tax season soon will soon be upon us and many not-so-eager taxpayers will share sensitive personal information about themselves, their dependents, their employees, and others with their trusted professional tax preparers for processing. What many of these preparers might not realize is that federal law and a growing number of state laws obligate them to…

No business likes to receive bad reviews on Yelp® or anywhere else in social media. When they do, some feel the need to respond to clarify or rebut the reviews, but they must do so carefully. This is particularly true for HIPAA covered entities, as their responses could include protected health information (PHI). A recent…

Most businesses in the insurance industry have one thing in common – they collect and maintain significant amounts of sensitive, nonpublic information including personal information. Not surprisingly, insurance-related businesses are a target of cyberattacks and a few have faced some of the largest data breaches reported to date. Beyond the headlines, however, small and mid-sized insurance companies face similar risks, and governments have stepped up their scrutiny of cybersecurity. Hearing the calls for legislation and regulation, the National Association of Insurance Commissioners (NAIC) adopted a Data Security Model Law with the goal of having it adopted in all states within a few years. So far, eight states (see below) have adopted a version of the Model Law and it looks like more are on the way.

What is the NAIC’s Data Security Model Law?

In an effort that largely began with establishing a task force in 2014, the NAIC adopted a Data Security Model Law in November 2017. The Model Law is intended to provide a benchmark for any cybersecurity program. The requirements in the Model Law track some familiar data security frameworks, such as the HIPAA Security Rule. It also has many similarities to the New York State Department of Financial Services (NYDFS) regulations (specifically the 23 NYCRR 500). Note that licensees are not subject to the Model Law unless the state where that licensee is licensed adopts a version of the Model Law. At that time, the licensee must comply with that law.

Who is Subject to the Model Law?

The Model Law generally applies to “Licensees,” defined as:

any person licensed, authorized to operate, or registered, or required to be licensed, authorized, or registered pursuant to the insurance laws of this State but shall not include a purchasing group or a risk retention group chartered and licensed in a state other than this State or a Licensee that is acting as an assuming insurer that is domiciled in another state or jurisdiction.

Licensees range from large insurance carriers to small independent adjusters. These include individuals providing insurance related services, firms such as agency and brokerage businesses, and insurance companies. Additionally, there may be business that require a license, but are not traditionally considered to be in the insurance business. Examples include car rental companies and travel agencies that offer insurance packages in connection with their primary business.

The Model Rule provides exceptions for certain licensees. For example, licensees with fewer than ten employees (including independent contractors) are exempt from the requirement to maintain an information security program. However, they remain subject to the other provisions in the Model Law, such as the requirement to provide notification in the case of certain cybersecurity events.

What are some of the requirements of the Model Law?…
END_OF_DOCUMENT_TOKEN_TO_BE_REPLACED Following recent examinations of SEC-registered investment advisers and broker-dealers, the Securities and Exchange Commission’s (SEC) Office of Compliance Inspections and Examinations (OCIE) published a privacy risk alert on April 16, 2019. OCIE is hoping to remind advisers and broker-dealers about providing compliant privacy and opt-out notices, and adopting and implementing effective policies and procedures for…