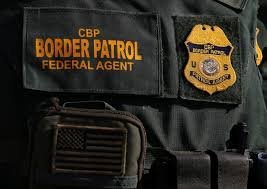 U.S. Customs searches have become increasingly invasive over the years. Pursuant to Department of Homeland Security (DHS) policy, U.S. Customs and Border Protection (CBP) operates under the “broad search exception”, which allows searches and seizures at international borders or an equivalent (e.g. international airports) without probable cause or a warrant. CBP’s searches are deemed “reasonable” per se, and thus not a Fourth Amendment violation, which protects against “unreasonable searches and seizures”.  The broad power of the CBP, of course, stems from concern for national security.

For lawyers, invasive CBP searches are particularly problematic, as the CBP asserts that it has the authority to read any document in possession of a traveler, including those found on electronic devices, despite claims that such documents are attorney-client privileged information.  A Ninth Circuit decision supports the CBP’s position, holding that “reasonable suspicion is not needed for customs officials to search a laptop or other electric device at the international border” (United States v. Arnold, 523 F. 3d 941(9th Cir. 2008). Since, other courts have ruled similarly.

In May of 2017, then-American Bar Association (ABA) President Linda Klein wrote a letter to the DHS voicing the ABA’s concerns over potential violations of attorney-client privilege at international borders and airports. In particular, Klein requested that DHS clarify the directive on electronic device search and seizure, which had not been updated since 2009.

We recognize that security at the nation’s borders is of fundamental importance, and we acknowledge that lawyers traveling across the border with laptops and other electronic devices containing confidential client documents and other information could become subject to routine searches by CBP and [Immigration and Customs Enforcement] agents, Klein wrote. But just as border security is fundamental to national security, so too is the principle of client confidentiality fundamental to the American legal system.

Since May, DHS has worked together with the ABA to clarify the original directive, and develop new protections for attorney-client privileged information, and confidential client information on lawyer’s electronic devices. Early this month, the CBP issued a revised directive. The revised directive is a “clear improvement over the prior policy”, said now ABA President Hilarie Bass, although it does not include the entire ABA proposal.

In addition, the ABA Standing Committee on Ethics and Professional Responsibility issued advice to travelling lawyers, in an electronic device advisory. The ABA recommends the following:

Any lawyer that travels outside the U.S. should be aware of the DHS policy on electronic device search and seizure at international boarders, and take precautions accordingly.